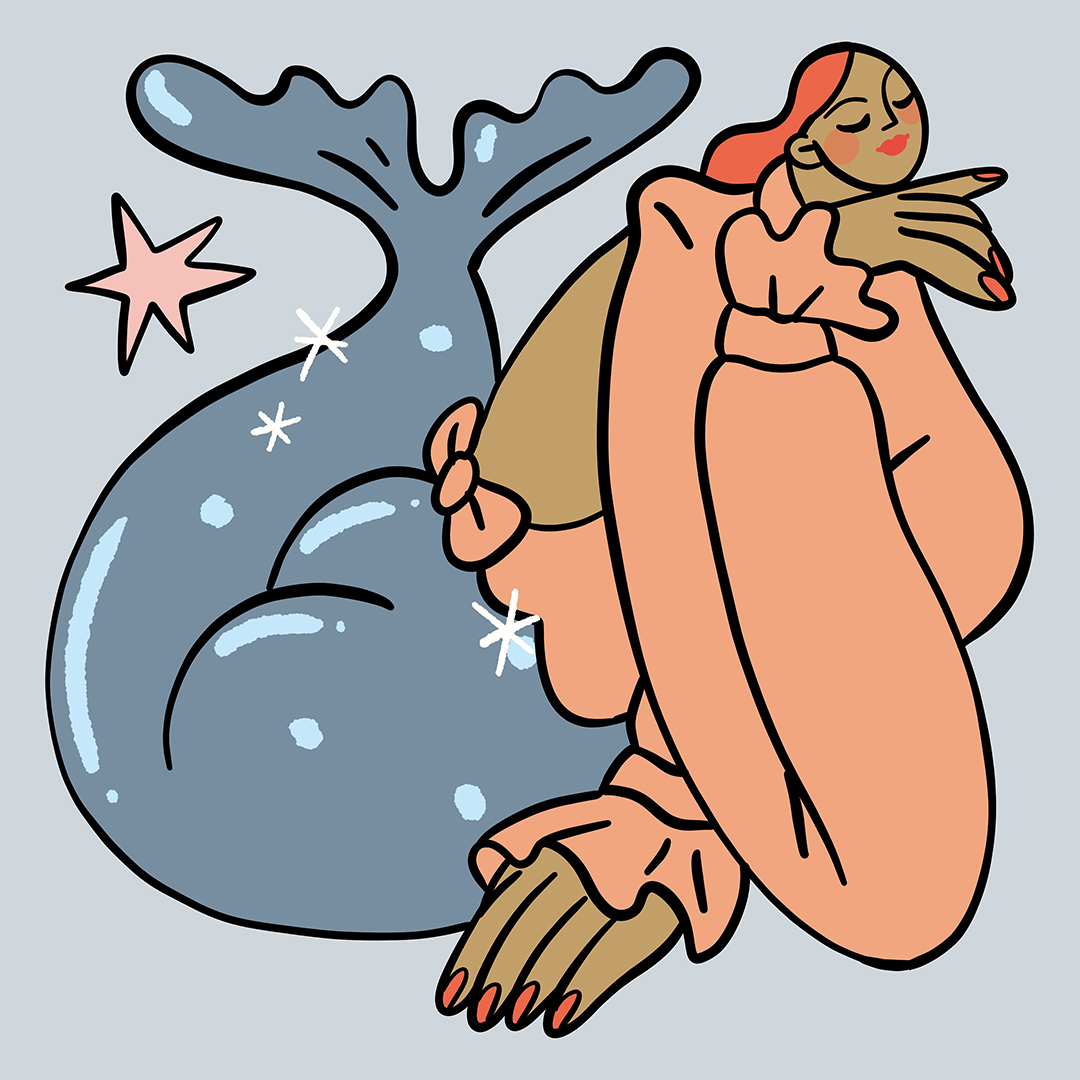 Conscious: Caring and compassionate. Sweet and sensitive. Lyrical and likeable. Intuitive and imaginative.

Unconscious: Pisces has a huge imagination. Compared to their dream world, reality can seem crushingly dull.

Sweetness and sensitivity are two of the defining characteristics of Pisces. As a water sign, Pisces are known for their empathic abilities, making them a wonderful shoulder to cry on. They’re the type to say, “if you start crying, I’ll start crying, too.” Pisces cannot help it. Full of compassion, they’re easily able to feel your feelings – sometimes even before you do.

Associated with the 12th house of the subconscious, Pisces is soulfully inclined. Often with psychic or mystical abilities of their own, Pisces is always curious and in tune with what is happening beneath the surface. They can pick up on what isn’t being said, which can give them great instincts for reading people or situations.

With Neptune being the modern ruler of the sign, no one can daydream and fantasize quite like a Pisces. There is an illusory quality to a Pisces. Naturally inclined towards artistry, Pisces is the sign that is at the threshold of this world and the spiritual one, they have the flexibility and acceptance that not everything that is true or real can be seen with the naked eye. And they use their art and dreams to try and make the ephemeral take form.

The downside of being so in tune with other people’s emotion is that taking on everyone else’s energy can become draining and exhausting for Pisces. To ease their own personal emotional burdens, Pisces have a tendency towards escapism – easily getting lost in sleep, isolating themselves in a quiet room, or finding outlets or fixations on certain topics, like music, movies, even substances.

Pisces’s sensitivity can leave them vulnerable to people who may be willing to take advantage of their kindness and compassion. Pisces would do well to practice and develop strong personal boundaries as their inclination towards helping others would also have them believing the best in everyone’s intentions. Susceptible to peer pressure or trusting other people’s words and not actions, they often learn the hard way that not everyone is deserving of their sympathies.

If someone they love has a problem, Pisces often makes it their own. In extreme scenarios, Pisces can potentially find themselves as a martyr looking for a cause. They’ll over-extend themselves trying to help and assist others and in turn, can become self-pitying when they feel their efforts are unnoticed or unreciprocated.

When you experience the love of a Pisces, you experience someone loving you for you. Getting to that moment, however, can take more effort than you might think as Pisces can easily become overwhelmed by the intensity of their feelings – and even yours. When the relationship becomes “real,” and not something that is just in their fantasy, could be what makes Pisces’s heart fall fast and deeply – or could push them to want to keep it perfect in their heads only.

Pisces’s big heart extends to their friends, as they will always be there to offer emotional support during a time of need. Big on sharing, what’s theirs is yours with a Pisces, whether that’s a French fry off their plate, a sweater for a big job interview, or their ability to hold space for what you want to talk about. Respect their need for privacy and their preference for smaller, more intimate group gatherings and you’ll have a friend you can chill with whenever and wherever.

Teamwork makes the dream work, at least that’s a mantra you might find pinned on the cubicle wall of your Pisces boss or coworker. Because they really do mean it. Pisces are flexible enough to adapt, filling in for an absent coworker or pinch-hitting on a rush project. Not wired to think in hierarchical structures, they respect people as individuals and want everyone to contribute and have a voice in the group. That doesn’t mean they don’t want results – they know that the better work that is outputted, the higher the rewards – financially and emotionally – for everyone.