Were you one of the 17 million viewers who tuned in for the Meghan Markle interview? Is it rekindling memories of Princess Diana's royal struggles? Then you're in luck. We've got your fix. We caught up with Debbie Frank, acclaimed astrologer and close confidant of Princess Diana. As personal astrologer to the late princess, Frank found herself wrapped up in the life and drama of the icon up until her tragic death.

We caught up with Frank to discuss her close personal and professional relationship with Princess Diana, why she views astrology as a living breathing art form, and what she enjoys most about answering questions on Hey Hero.

Hey Hero: When did you really discover astrology?

Debbie Frank: I think I really first had my curiosity sparked when I came across Linda Goodman’s Sun Signs book. At that time I was a teenager, and when I read it, the book really spoke to me. I really became fascinated by it. From that point on I always knew I wanted to be an astrologer. But she was American and I was the in the UK. I didn't think I could learn the craft properly. This was pre-internet days.

HH: So how did things progress for you? ‍

DF: In my mid-20s, by chance, or really they say there’s no such thing as coincidence, I signed up for a class. I was doing public relations work at the time. I had a career going, but I quickly became very much immersed in astrologer thanks to the class. People became very much interested in what I was up to and started coming to me as clients. One thing led to another, I managed to get myself into a circle of people becoming very well-known. Then i got offered columns in the media and a career in the field essentially found me.

HH: How did you and Princess Diana get connected?

DF: I was quite close to a friend of hers. She said she felt that Diana should meet me and have a session. I still didn't really believe it would happen. The phone rang one day and it was her. I did her chart for her and we just kind of clicked. Again, you can’t force these things and I never thought it would happen. But it did and I'm grateful for that. We were very closely connected until she sadly died. She and i became very close and I was part of her inner circle. It was based on astrology and I really kind of become her emotional mentor or touchstone.

HH: You two were close friends, right? What was that like? Or do you often form close friendships with clients?

DF: The level of what she needed was very unique, and so therefore was the working relationship. I have my own personal friends and I talk to them all the time, but i don’t normally get so taken up with a client’s world in this way. It was just so all consuming. There was just so much going on with her and that closeness just happened organically.

HH: What was it like being a trusted confidant to someone very much in the public eye and under constant media scrutiny?

DF: Well, it definitely in those first few years as Diana immediately let me into her confidence and told me what it was really like in her .. ilife was wild at time. There was such a stark contrast between what was in the press and what we imagined. I was completely shocked. It required a lot of me and I couldn’t talk to anybody about it. So i just found myself privy to everything surrounding her. It wasn't until the publication of that book where things came out that others were in on it too. It was just so strange to be in on this powerful secret.

HH: How do you approach readings? What's your philosophy?

DF: There are so many different types of astrologers and so many specialities. You can learn it as a theory. There are some who write and don’t take clients. I do the living, breathing practice, as well as write and take clients. For me, seeing birth charts come to life is exhilarating. It’s an art in being someone’s guide and being someone's mentor and holding the space to help guide them. You have to gage things. Where is this client? What's their journey? Sometimes it’s really just sort of allowing them to be in a difficult time in their lives or it’s soothing them. It’s often a solace. So many clients tell me that knowing there is this chart and it shows patterns and these patterns of stars reflect actions they take in their lives, circumstances and dreams. It's reassuring to know there’s meaning to the madness and mystery of life and to know it isn't all just random.

HH: What branch of astrology do you enjoy most?

DF: I do like the relationship aspect and offering helps with romance. I love the personal development aspect, too. I love working with clients who don’t come from a framework of what’s going to happen to me. I really love working from a place of how can I create the life I want to lead and it's action-based. That’s what we can really do with astrology. We can make choices to become empowered and use the stars are a map, but really, we’re the driver of our life.

HH: What's the most exciting part about answering questions on Hey Hero?

DF: You are really just going straight into a nugget of direct truth. For people asking questions, we can’t go into all the layers of who someone is in this type of short reading. But sometimes it’s a way in to explore further. You can deliver a mirror reflection of what this client is going through, who they are this is what I see all what's resonating. It’s so powerful to know that there is something here that is reflected in the universe that perhaps I can guide them and understand where they're coming from and where they’re going. And I can deliver that in less than five minutes. 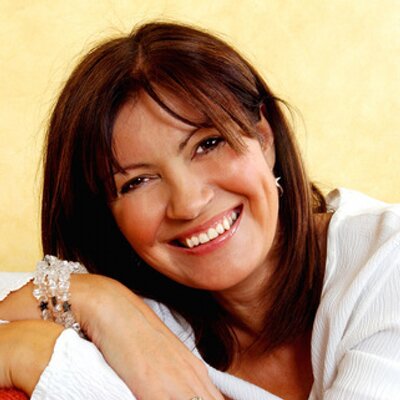